The next morning, Clémentin woke up with a splitting headache. His thoughts refused to fall in place. They would come and go, like waves that washed the shores of Mataró where Clémentin lived. The night before had been by far the worst in his recent memory. Clémentin sat up on his bed and rubbed his forehead. Inside, he felt emptiness. “What’s gonna become of me now?” thought Clémentin. “Am I done? Fired? Don’t have anything to do here anymore?”

He got up and walked to the bay hoping for some understanding. The sun watched Clémentin with its reprimanding eye burning his skin with hot rays and refused to say anything. In despair, Clémentin plunged in cool water, but the sea didn’t want to share its salt with him. It even stopped storming and got completely still. Clémentin then walked back ashore and decided to wait until something finally happened.

He waited on and on. The day was almost spent when some thought finally tapped him on the shoulder – the thought that came from the sea. Clémentin clang to the thought, grabbed it by the sleeve and sewed it on tight to his soul. He made a ruthless decision not to let go of it till the very evening – until he, with the thought as his lucky charm, went to sleep. 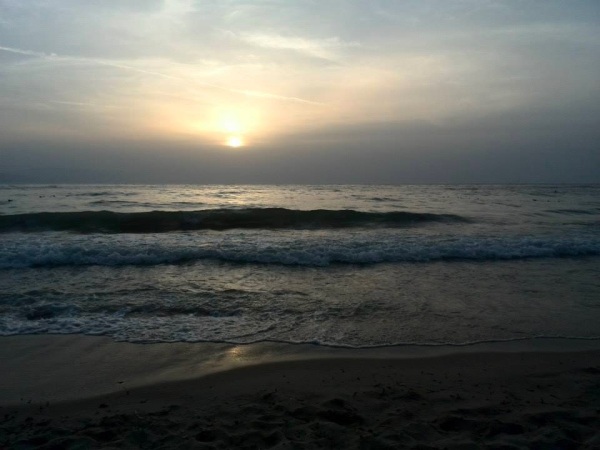 Clémentin’s day began not like any other person’s day – his day began when he rested his head on the pillow and sank into the world of his dreams. When ordinary people slept, Clémentin lived. In his dreams he’d travel down hellish abysses or rise to celestial heights – he’d seen it all.

Hardly did he “wake up” in the dream world, as Fellen greeted him. “Clémentin, you almost lost,” said the demon with his lips fixed in a lopsided smile. “It was your last chance and you managed to use it – not entirely bad.”

Clémentin did not reply. He just stood there and waited for the demon to come up with some decision or a pointer. However, against his will, the thought that he had brought from the sea started to move. “Clémentin, you gotta be kidding me! How dare you think of Him in my presence. Summoning Michael, are you?!”

Something happened, and Fellen was at once gone from the dream-woven space where vacuums and elements met. In his stead, Clémentin saw the figure of Archangel Michael approaching, which looked enormous even from afar. The Archangel stopped at an indefinite distance from Clémentin. The space around the Archangel seemed to have more depth to it, as if it had more dimensions. Deep inside his mind, Clémentin heard His unspoken thought. The thought was about him, Clémentin. Suddenly, Clémentin realized – or he was told so – that not much could be done at that point. His life – as he knew it – was finished. His confusion had gotten so profound, his vices so deep-rooted, that he’d better leave then. Be done with the old life and start a new one. Get a fresh start.

“Do you have faith, Clémentin?” rang the unvoiced question directed at him.

He hurt so bad, as if some invisible weight was trying to smash him against the unmeasurable space of the dream world. Laid bare against Archangel Michael’s brilliant light, Clémentin’s ugly memories, like dirty underwear, made him ashamed of himself. He realized he’d now agree to anything.

“I do,” Clémentin replied without saying a single word.

Then his shame reached its peak. Clémentin broke down and cried. Heavy feelings rushed down his soul like a snow avalanche descending from Alpine peaks. With every passing second, he was feeling more and more relieved.

And then he forgot everything: memories had left his head, drowned out by his tears. All Clémentin could see was darkness. Until he could see no more.

A flash of bright light. Another flash of light. Something was bothering him, something was waking him up, something was nagging him. Clémentin opened his eyes and, to his surprise, found himself in his very bed.

It was broad afternoon. It was drizzling outside, yet the sun was out as well – a rare combination. Blinking fast through the remains of his sleep, Clémentin stared at his palms, then touched his face and, having sprung out of his bed, rushed to the mirror. A well-familiar reflection stared him back in the mirror.

Suddenly, he heard a sound outside the window. Through the thin veil of raindrops that sparkled in the sun, he saw a tiny angel. The angel was flying in circles in front of his patio, making crazy loops as he went around.

“You live, Clémentin, you live!” laughed the angel.

And then Clémentin realized he had just been born.